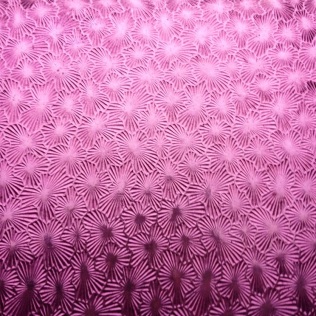 Joist for a Sunday School first floor makes its entrance

◼ The greatest obstacle posed by the whole Grove Road project – involving two chapel buildings – was its sheer scale. It was so enormous we had to approach it in a methodical way. The Sunday School came first because it was smaller and its sale would help fund the chapel stage later. Here was an imposing Victorian building that had never been lived in, so it presented a blankish canvas to our architect, Peach Architectural Design of Knaresborough. Clearly a mezzanine floor had to be introduced to increase livable floor space, and the existing height of the Victorian schoolroom generously enabled exactly that.

Siting stairs and fire exits meant complying with building regulations and also ensuring they came within the rules of a Grade II listing, but that didn’t strike Hinchliffe as problematic. Respecting the heights of ceilings and old windows, and locating your cross joists for a new floor so that they didn’t destroy architectural features such as the existing hammer-beam ceiling supports seemed to be par for the course.

The plan was to convert the whole site – Chapel and Sunday School – into one residence, living in the 3,700 sq ft Sunday School while we embarked on the 6,500 sq ft Chapel itself. Here, plans envisaged generous living spaces and function rooms in proportion to the scale of the interiors. Across two floors, we created 20 splendid rooms of various definitions.

Sunday School: a second crossbeam being installed to create a first-floor level, while avoiding the hammer-beam roof supports along the side walls

When we came to the Chapel and started stripping out not only the pews but the high stepped levels supporting the pews in the balcony, we realised how skilfully the Victorians had calculated sight-lines. Not only were the acoustics so perfect that you could hear a normal conversation in the pulpit if you were seated in the back row. But you suddenly realised that the preacher was able to make unobstructed contact with the whites of the eyes of every member of his 1,000-strong congregation. Imagine a charismatic non-conformist evangelist wielding that kind of holy power! There was no hiding place for the sinner! One consequence today is that the ceilings of the ground-floor rooms beneath the Chapel balcony are steeply sloped to match the raked seating of yesteryear. That proved to be a really poignant reminder of the depth of religious faith in the past.

A brief life of John Wesley,
“the best loved man in England” 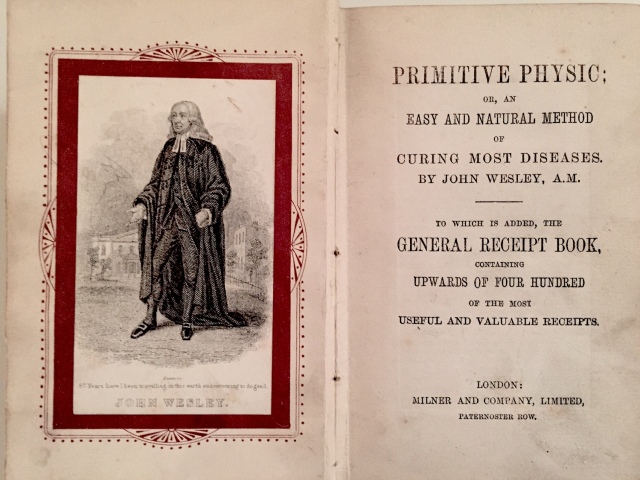 John Wesley aged 87: the 18th-century religious evangelist was evidently an advocate of his own medical cures. (Book from the Hinchliffe Collection)

John Wesley (1703–1791) was an Anglican minister and theologian who, with his brother Charles Wesley and fellow cleric George Whitefield, is credited with the foundation of the evangelical movement known as Methodism. His work and writings also played a leading role in the development of the Holiness movement and Pentecostalism.

Throughout his life, Wesley remained within the established Anglican church, insisting that the Methodist movement lay well within its tradition. Although sometimes maverick in his interpretation and use of church policy, he became widely respected and, by the end of his life, had been described as “the best loved man in England”.